As far as industries go, one industry that has seemed to remain unchanged for far too long has been that of insurance.

Whether household, life, vehicle or medical, insurance is a concept that we as humans struggle to comprehend. It is the ultimate grudge purchase. We choose to insure because we fear that which we do not know and cannot plan for and this is the core premise on which we dutifully part with our earnings  on a monthly basis.

The model employed by the industry, using the contributions of a collective to cover a few, results in a fairly polarised outcome for those involved. For the few who do realise the benefit, whether considered lucky or not is debatable, the outcome is often highly valuable. For the majority however, the value they receive, peace-of-mind aside, is often negligible to none. In fact, you could argue that the model punishes risk averse, careful, healthy members while favouring those with higher risk profiles who will invariably receive more frequent payouts. 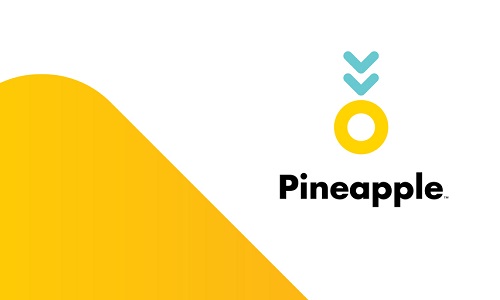 Customers aside, when debating real winners in the insurance equation, there is really only one,  the insurer. The iconic “fat cat” that keeps growing by using the contributions of many  as collateral to work the financial markets, while seemingly making every effort to deny claims on a range of technicalities specified in the fine print.

Things however seem to be changing for the better. As technology permeates the industry, we are beginning to see its use as a key driver of competitive advantage. There is a new techno-centric breed of insurer making a play, breaking fundamental rules on which the industry has based it’s success, in an attempt to appeal to a new style of customer.

Although potentially not employing an entirely new business model, Discovery Health is making  use of wearable’s and the devices which have now become second nature in our lives, as a core mechanism on which the success of their business relies. An age old problem insurers have had is how to really understand the behaviour of their members. A member may promise to act in a certain way, exercise to a certain regime and drive like a law abiding citizen, but how can a business who bases its risk modelling on these tenants be sure that what it thinks about its’ customer, is in fact true.

Enter the age of IoT (Internet of Things) and smart devices. In the case of Discovery Health we have seen the mass proliferation of the Apple Watch  – a tool that is not only valuable to its wearer in being able to track exercise activity among a host of features, but equally and potentially more valuable to the Health Insurer who uses it as a mechanism to provide a feedback loop, informing them of their customers’ true behaviour. In addition to providing an accurate feedback mechanism, Discovery Health incentivises ownership of the device among its members, having watch repayments fall away as long as exercise and activity goals are met.

Discovery Health have since accommodated for a host of other approved smart devices and the culmination of this program has meant that they have found themselves in any insurers ideal position. As a start, due to their incentivisation of healthy living, the health insurer is attracting customer’s with an exercise-minded approach to life, carrying on average a lower risk profile. Secondly, they are incentivising continued healthy behaviour through a rewards based approach (i.e. watch repayments, free smoothies, free coffee’s, etc.)  and so members across the spectrum are living more active lifestyles, once again lowering their risk profile. Lastly, their model is no longer based on assumptions about their member’s behaviour, but is rather based on hard data to substantiate their modelling. All of these aspect act to lower risk, the fundamental principle on which the insurance business model is based.

The use of technology in this manner has also been seen in their vehicle insurance business where they are making use of smart devices with built in GPS’s and force meters, already owned by their members, as a mechanism to judge how one is driving. With the launch of Discovery Bank in 2018 we are sure to see an evolution of the model, where the bank now has access to transactional data on its’ members, closing the last of the information feedback loops around lifestyle related behaviour and a member’s financial standing.

Where the Discovery Health business model has not necessarily changed but rather improved their ability to model and manage risk, new kid on the block Pineapple  Insurance have completely turned the model on its’ head. Pineapple’s model relies on the  three principles – fair, simple and social. Surprisingly, not three words one would have associated with a historically unfair, complex and insular product.

The principle of fairness is most probably the greatest change Pineapple have brought to the insurance offering. This is achieved by Pineapple allowing their customers to withdraw any contributions still left in their “wallets” after a period of 13 months. This wallet value consists of all contributions less Pineapple revenue, administrative and organisation fees and any expenses incurred to pay out on members’ claims. This model means that no longer are monthly contribution simply “lost”. Rather, in the interest of transparency, contributions reside available to the network for claim payments for at least a calendar year, at which point members have the option to withdraw the balance of their wallet. In addition, members are made privy to all deductions incurred, including having visibility of deductions made for the purpose of paying the claims of others in the network.

Although major strides have been made since the days of sales centres, form-filling and arduous waiting, there are still options available to insurers to improve and lower the friction of on-boarding new customers. Pineapple have realised this and in an attempt to circumvent the often painful and slow-moving process, have created end-to end digital on-boarding and claims processing through the use of their application. Simply take a picture of an item, add an insurable value and get a quote in real-time, then once you have accepted the quote, add your payment details and you are insured – a process which appeals greatly to a new “instant gratification” generation. Ironically, this enhancement suits both customer and business, lowering the often expensive staffing and operational costs incurred in traditional insurers when needing to facilitate customer support and claims processing.

Finally, Pineapple have decided to bring in to their model the idea of social connections as a mechanism to help customers lower their risk profiles. By allowing their users to identify and “connect” with people using the platform who they know, they are able to alter their risk exposure and distance themselves from a supposedly more “risky” insurance pool. In helping the customer lower their own risk profile, this mechanism also creates an incentive for users to attract family and friends to the platform, using the social nature of “connecting” as a tool in which to more rapidly grow their customer base.

In many industries the inclusions and adoption of technology and digitilisation is seen to be somewhat frivolous. Perhaps they provide an enhanced, quicker, or more pain-free method of carrying out an activity already provided for in a “traditional” manner. Although this inclusion can often be highly valuable to both business and customer, changes of this nature do not necessarily have far reaching consequences for the company or industry – they simply improve it.

In the cases above however, the inclusion and use of smart devices, wearables, data and principles enabled by digitisation that have allowed humans to create a more connected environment, mean that these businesses are able to provide a tangible advantage over industry incumbents It is when the big incumbents begin to worry about the health of their own business and question whether they should buy or build similar elements and incorporate these in to their own businesses, that we see the true measure of how disruptive digitalisation can be.